Photography has been showing an enormous improvement in the recent past.Every one of you might be addicted to photography or captures a bunch of photos each and every day.Social medias like Instagram, Facebook and WhatsApp made people share each and everything that they see with their eyes.This  has lead to a tremendous growth in the photography industry, especially in mobile phones. Every one of you wants to show the ‘best of you’ to your friends and families.This made the app developers to concentrate on photo editing apps.

PicsArt Photo Studio is the best photo editing app for android with over 250 million downloads.It is an all in one photo editing app that comes with some unique features that none of its competitors can provide.It consists of photo editor with lots of customizable filters and effects, drawing tools, grid maker, college maker and much more.

The latest version of the app lets you create amazing animated gif and videos.The photo editor of the app is designed brilliantly with easy to access functions like stickers, texts, and image overlays.The app also comes with some tools like curves, clone and mask that are only available in adobe photoshop.The app also provides paid stickers during particular festivals and seasons,

The app lets its users share photos with the PicsArt social community, which is the largest art-based community in mobile phones.All these features make it one of the best photo editing apps for android.

Also check out: How to fix this copy of windows is not genuine

Snapseed is yet another best photo editor for Android.It is currently owned by Google and comes with some unique filters to stylize your photos.The auto-tune and auto-correct features can complete your work within seconds and enhances your images incredibly.

The standard adjustments like shadows and highlights, white balance, exposure and saturation are pretty effective in this app.The filters like drama, grunge, grainy film, vintage,retroluxe,black&white and noir are superb in Snapseed.Hence, Snapseed makes into the list of best photo editing app for Android.

PhotoDirector is a free photo editor app developed by CyberLink, the leading software giant in the multimedia industry.The app comes with all the basic and advanced features that are required to make your image stunning.The RGB color management is made easier with a visual histogram.It also provides a superb HDR effect that lets your photo look dramatic.

There are so many other filters including lomo, artistic, vignette and many more.The app also comes with an awesome collection of light leaks and lens flares which makes it to the best photo editing app for Android.One of the top feature that makes it stand out of the crowd is content-aware removal tool.It is an advanced tool that lets the users remove unwanted objects or a photobomber from the image.

It lets you replace the traditional desktop editors with its amazing editing tools.The app comes with blemishes removal and red-eye removal along with whitening of teeth that makes your selfies unique and beautiful. Another best feature of the app is the focal blur tool that does fantastic work in blurring the backgrounds and making the photo look more professional.

To ease your task, there is a feature called frequently used settings option to apply instant adjustments to your images.Other features include hundreds of filters with over 2 million combinations as said by the developers, pencil drawing effect, ink sketch effect, poster effect and many more.

Aviary Photo Editor is another cool photo editing app for Android that creates amazing photos using its editing tools.The photo editor app is now part of the Adobe family which makes it one of the most advanced photo editor to be used for your smartphone.The app has been downloaded by over 50 million users with over a  million rating.

The app is pretty much similar to PicsArt.It comes with a dozen of effects and also provide purchasable effect packs that contain unique and beautiful effects.The app also lets you create your own memes which no other apps provide to its users.One-tap auto enhance can make your photo richer and vivid within a blink of your eyes. Other features include tilt shift focus, color splash effect, color temperature, color balance, cosmetic tools and many more. 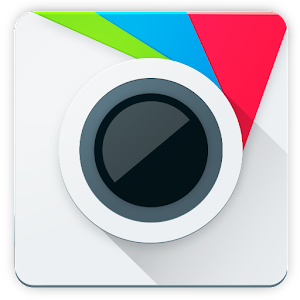 BeFunky is yet another all in one best photo editing app for Android. The app provides tons of different effects that can be added to your photos.It also lets the users add more than one effects to your app to make it look unique.This color combination can help you to give a stunning look to your photos.

The new college maker is one of the best in class from this best photo editing app.You can add up to 9 photos along with beautiful backgrounds, texts, and stickers to give an awesome appearance to your college. Some of the extra features include marvelous photo frames, instant sharing, and some advanced tools like fill light, exposure, and saturation. The app also has a paid version [BeFunky Photo Editor Pro] that comes with extra features to bring out the best from your photos.

The Photo Editor Pro is one of the best photo editing app for Android created by Zentertain.With over 50 million downloads, it is one of the suggested apps in Playstore.

The coolest feature of this app is the one-tap enhance that will make your photos awesome in one go.The app also comes with a bunch of stickers to make your photos creative and funny.The sharpen and blur tools of this app is pretty good.Other feature includes fantastic photo effects and frames, photo collage maker, drawing and text tools and many more.

Pho.to Lab is a unique and good photo editing app for Android.This app is little different from other photo editors because this app doesn’t contain so much complex editing tools or anything like that.Rather this app contains an awesome collection of frames, photo filters, backgrounds, effects, stickers, and icons.Pho.to Lab is not an app for crazy editors who likes to edit more professionally.

This app is for the beginners who loves to play with instant effects and share with their circles.One of the well-known feature of this app is popular human-to-animal montage that lets its users change their face into an animals face. This app comes with both free versions as well as paid version.The free version contains irritating advertisements and also watermarks in photos.But you can try this app with the free version and later buy the paid version.

VSCO Cam is one of the best and stylish photo editing app for Android that comes with a unique and handy interface.This app provides all the necessary editing tools like crop, rotate, brightness, contrast, saturation, highlights, shadows, and much more.The best feature of VSCO Cam is it comes with a collection of super cool effects that you can instantly apply to your photos with just one click.You can also alter all the effects  to make a great output of your landscapes or portraits.The filters that this app provide is so unique and can surely amaze your friends.

Like the PicsArt app, VSCO Cam also has its own community named ‘VSCO Community’ which lets you share your edited pics with others.

Showbox Apk – All You Need to Know About This Movie App!

Ashik Tricks is new technology blog which is gaining popularity day by day. We share best sites, tutorials, tricks on this blog. Here is our Sitemap